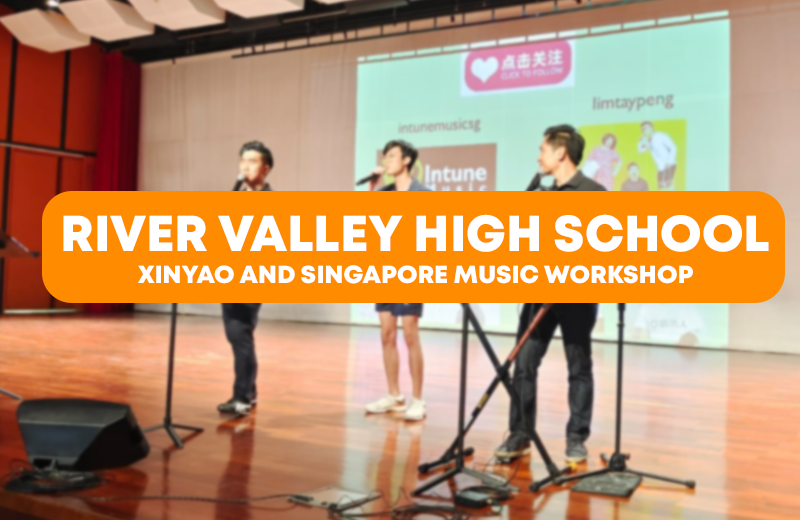 Our very own music directors, Mr Aaron Matthew Lim and Mr Peng Chi Sheng, together with two other instructors Ms Tay Sia Yeun and Mr Derrick Tham, were invited to River Valley High School on 14 September 2022 to perform several notable Xinyao Songs such as
《我们这一班 – This Class of Ours》, 《细水长流 – The Tiny Stream That Flows Forever》 and 《小人物的心声 – The Voice of Ordinary People》

Xinyao Music started in the early 1980s, heavily influenced by Taiwanese Folk Songs and songs composed by college students. It then started to gain popularity in Singapore, where songs with simple melodies are accompanied by instruments like the guitar, with lyrics that are often infused with deep meaning and emotions.

This workshop showcased a variety of Chinese contemporary mandarin vocal genres which are unique to Singapore. Students were introduced to the background of Singapore’s Xinyao music artists – Yan Liming, Liang Wern Fook and Eric Moo. And to double the fun, they were encouraged to come up on stage to sing together!

Intune Music Trio Group – ‘Lim Tay Peng’ also took the opportunity to showcase their self-composed songs to engage the students, stirring up their interest and love for Chinese pop music and appreciation towards Xinyao Music. 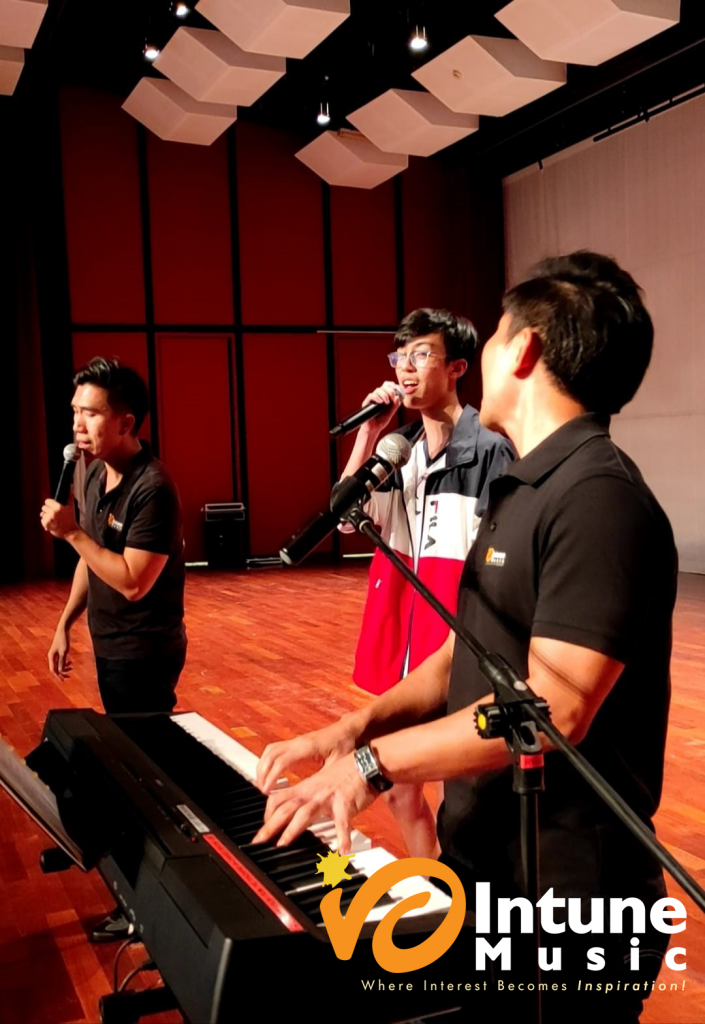 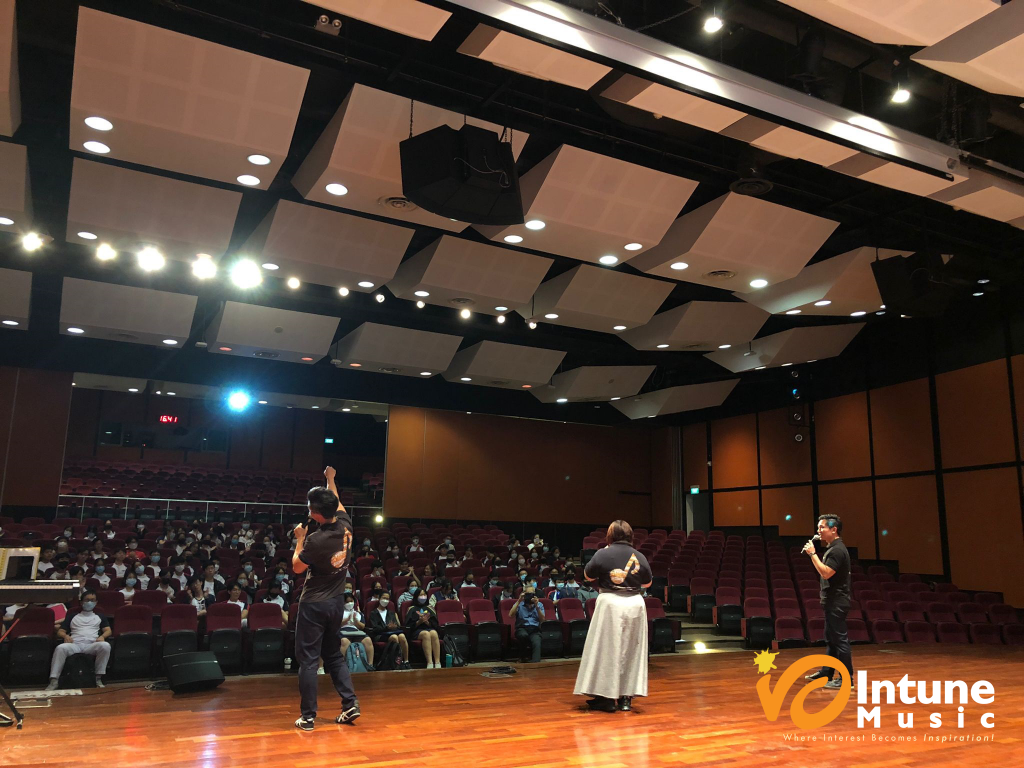 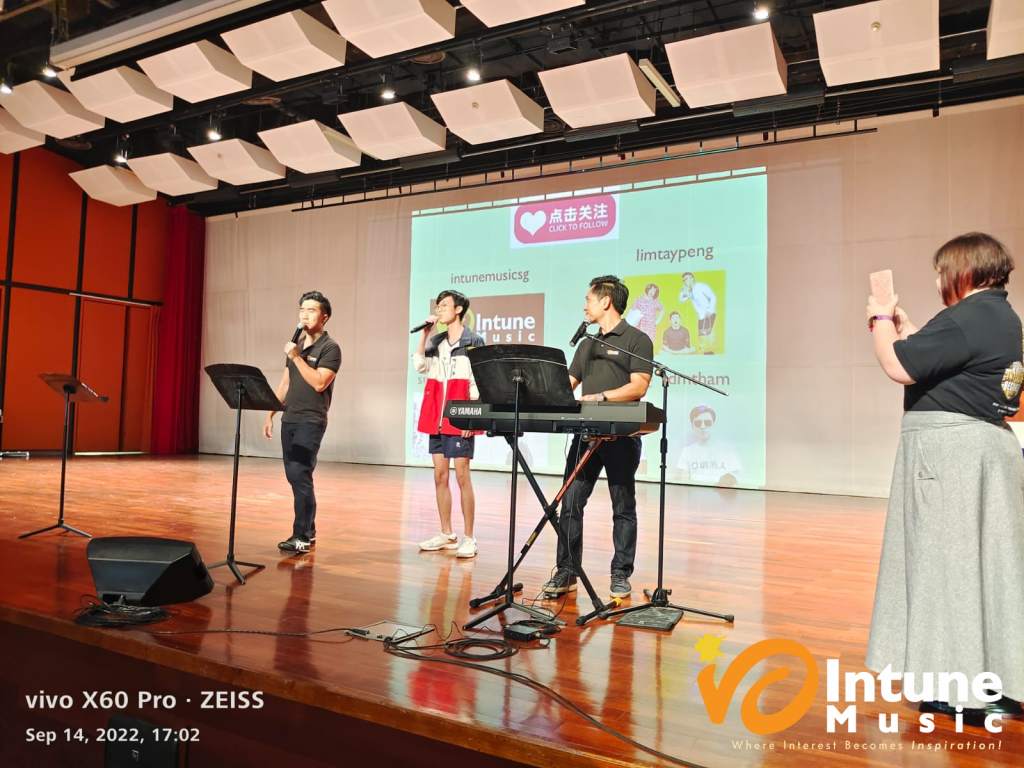 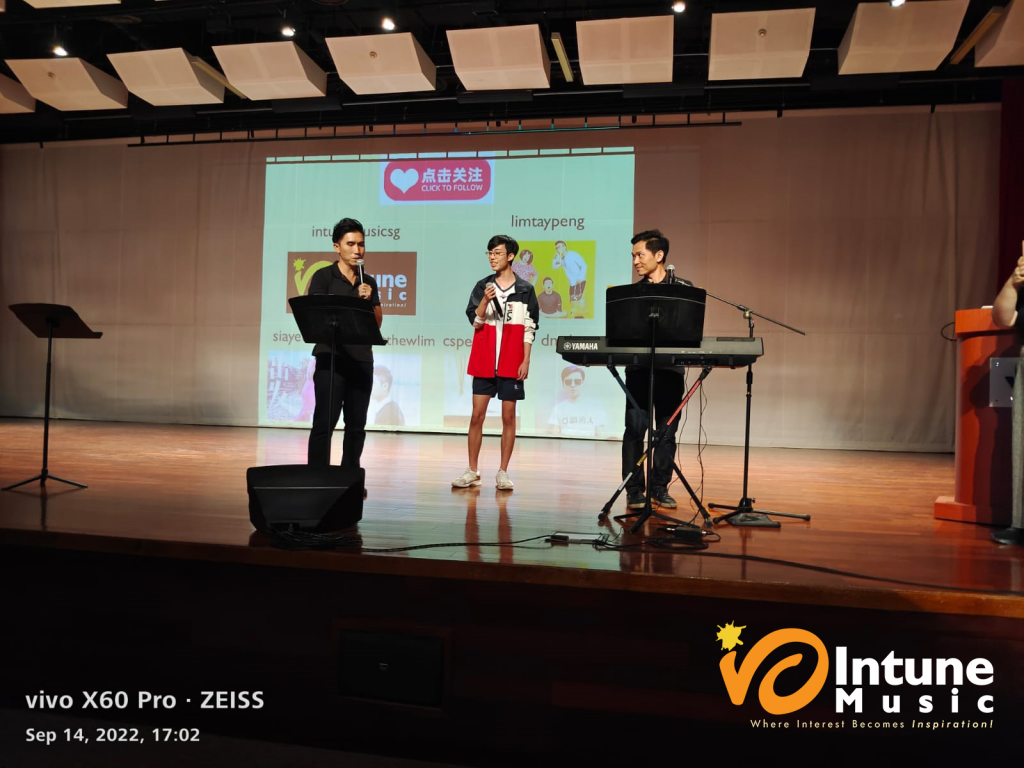 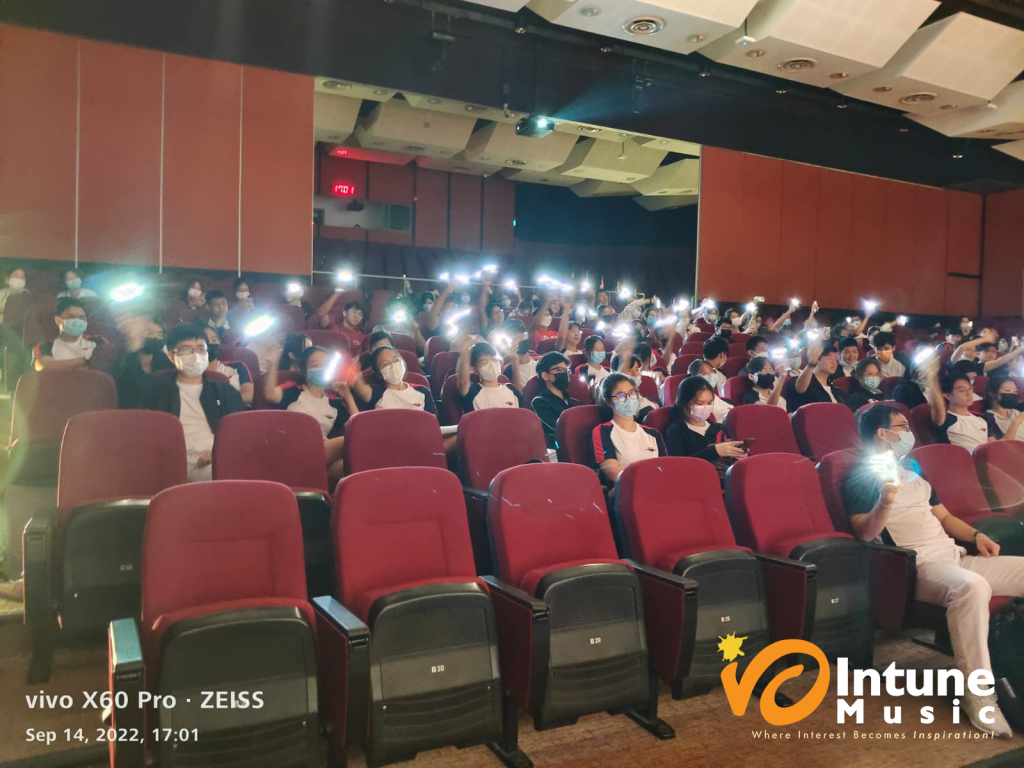 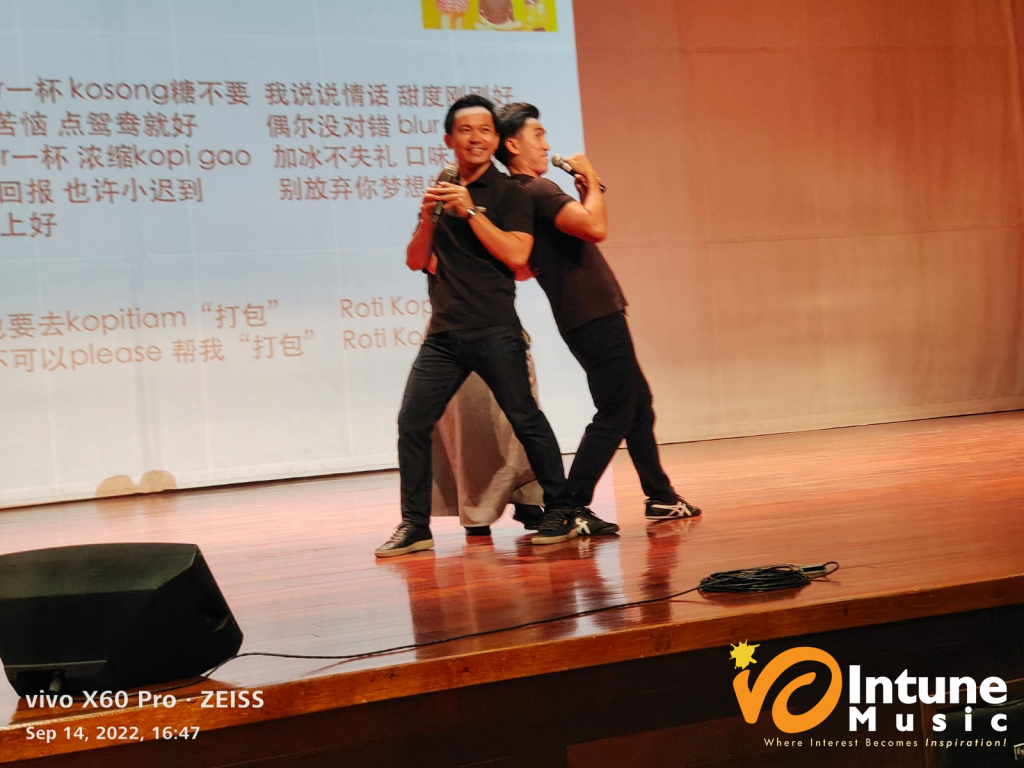 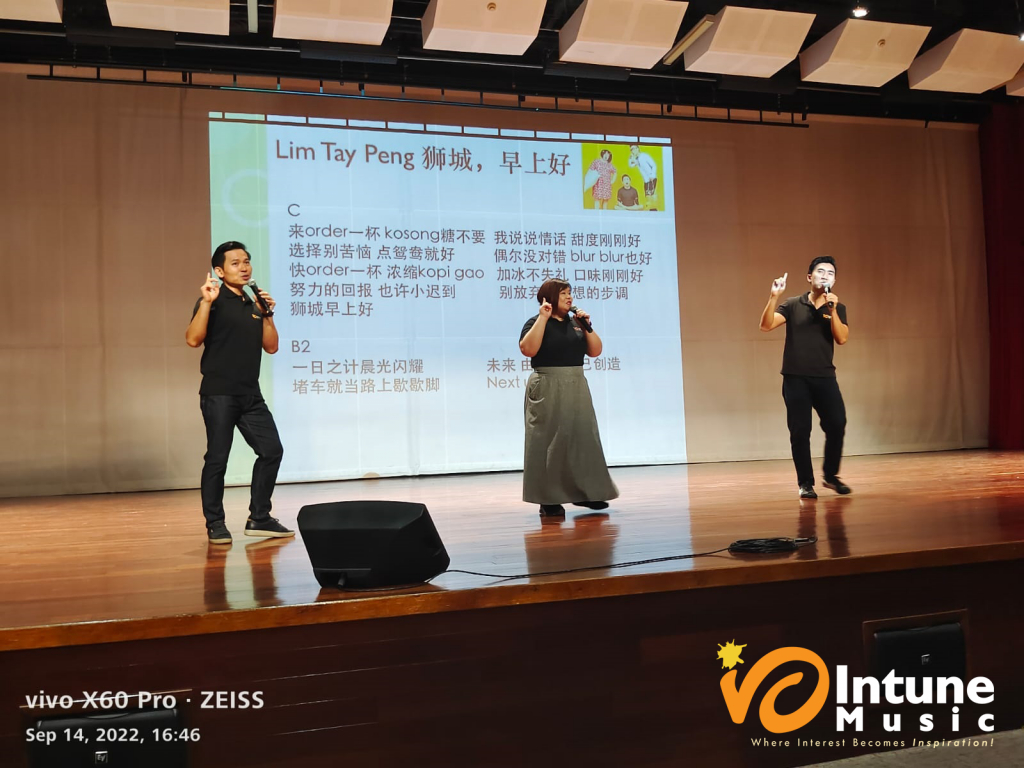 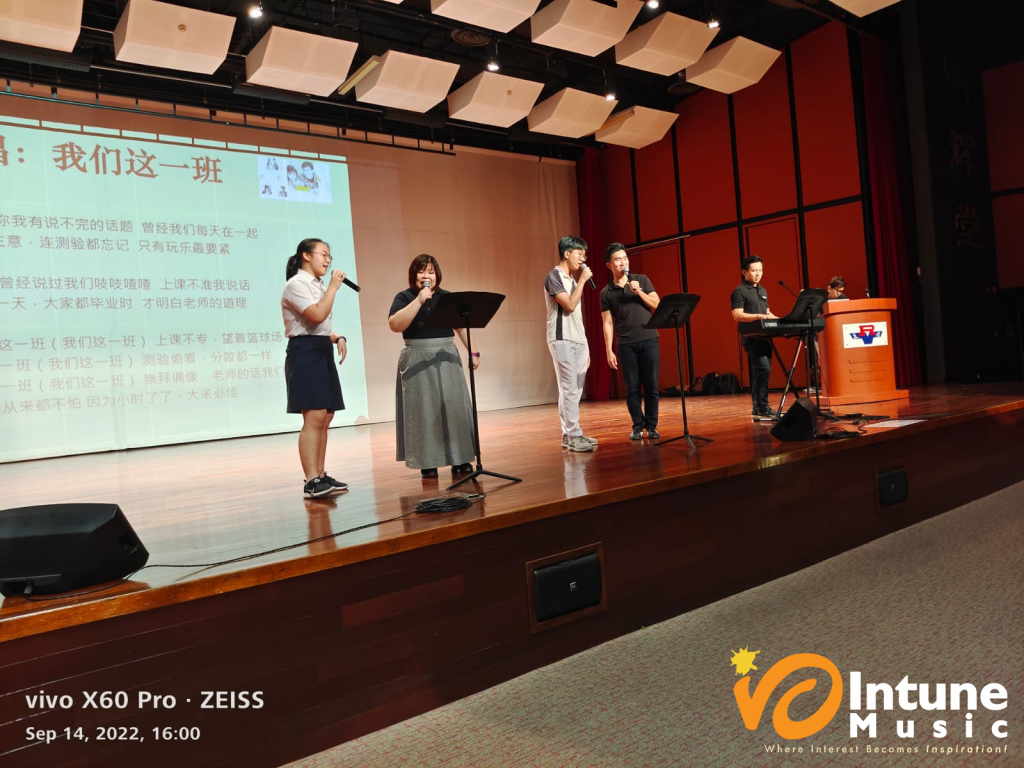 For other schools, companies and organisations who might be interested in having a similar workshop, do drop us an email at friends@intunemusic.com.sg.