There are many times when we may feel inspired to write a song to represent our thoughts and express our feelings, or even to share the stories in our hearts. However, the question we usually face is, how do we even get started on doing this? What are some simple tips in song writing that we can employ, and also what should we do if we have writers’ block and we run out of things to write about?

First off, we might probably head to Google more about tips on song writing, and there will most certainly be millions of search results, with a great majority of them providing you with the same and generic tips that you may already know. Many of these posts are also very repetitive, as they just copy and paste from other articles online!

So in this article that we have written, we are going to give you a selection of 5 unique song writing tips that just might work for you.

Tom Waits, an American singer-songwriter and composer who is in the 2015 list of Rolling Stone’s 100 greatest songwriters of all time, said, in a 2002 NPR Fresh Air interview, that a lot of his inspiration comes from mishearing things, and he gets a lot of ideas from turning on two radios at once, or from listening to music from far away. 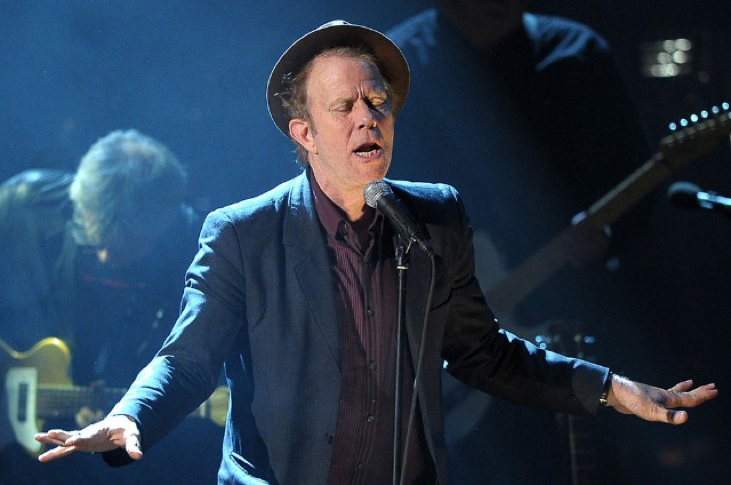 Apparently, listening to two radios at once, or listening to music from faraway, and also sometimes mishearing things, allows him to be able to compose interesting tunes and music which is unique and revolutionary. This is all part and parcel of the creative process, and most creative people will be able to relate to it.

Why not try it for yourself, since it works for an established songwriter like Tom Waits?

Along a similar idea of creativity, certain music compositions, for e.g. Aleatory Music, intentionally leaves certain parts of the composition to chance, allowing for a primary element of a composed work to be left to the determination of the performer!

This is truly a unique and experimental form of song composition!

Did you know that ‘Diamonds’ by Rihanna was actually written by singer-songwriter, Sia, under 15 mins? Unbelievable!


Many times, we give ourselves far too much time to write a song, and with so much time on hand, we end up having more doubts and second guessing our song creations and our creativity. Certainly, inspiration and creative processes require time, but conversely, giving yourself too much time may also be counter-productive! Diamonds are only created under pressure!

That being said, there should always be a good balance between having too much time and too little time. Learn to be confident in yourself and your writing, but also have the wisdom to seek advice from experienced songwriters when you feel that something is wrong with your song or lyrics.

Here at Intune Music Singapore, we have many experienced song writing instructors who have published songs that have been aired on the radio and also on various social media.

Do contact us at 63360335 or email us at friends@intunemusic.com.sg for more information.

When it comes to song writing, many beginner songwriters (and even experienced songwriters too) tend to include all our ideas and inspirations into one song, making it more and more complicated, and ending up in a convoluted song creation that has lost its original direction and meaning.

One technique we can try for ourselves is to restrict the amount of lyrics we use, and create a song using that limited number of lyrics. It may be tough, and we may need to be ruthless in our use of words, but great things can come from difficult situations.

A great example is the song by the Beatles, “Love Me Do”, written by John Lennon and Paul McCartney. This song only has 19 unique words!

Simplicity is certainly one important ability that every songwriter should have, and it will keep your songs relatable, engaging and catchy!

4) Carry on the Story from What Others Have Said

When we were younger, some of us may have played this game, in which we carried on the story from only using the previous sentence as a guide.

This technique is actually called Exquisite Corpse, and the basic principle in this is that someone starts writing a few words or a phrase on a sheet of paper, and then someone else takes over to write the next line, and so on.

In this way, the story is created by several people, allowing the resultant story to be highly creative and also dependent on how each individual writer perceived the story line and the previous sentence presented to them.

Wilco, an American alternative rock band based in Chicago, Illinois, kept a typewriter at the back of their tour bus while they were working on their album, Summerteeth, so that the road crew could supply the next phrase or sentence to a made-up story, seeing only the previous sentence as guide.

Then Jeff Tweedy, the vocalist and composer, fashioned the writings from that collective, and using them as inspiration wrote the song, “She’s a Jar”!

In simple terms, you may invite a co-writer or a group of co-writers to work with you using this technique, and it will certainly give you many different perspectives and creative ideas for your song!

This involves taking a section of written text and cutting it up into smaller pieces, with a single word or a few words on each piece, and then rearranging them into a new piece of text.

This literary technique was invented by an author, William S Burrough, and was initially used for book writing.

David Bowie used this technique and created some of his lyrics from the early 1970s. In a 2008 interview, David Bowie explained how he utilized this methodology in helping him in his lyrics writing,

“You write down a paragraph or two describing different subjects, creating a kind of ‘story ingredients’ list, I suppose, and then cut the sentences into four or five-word sections, mix ‘em up and reconnect them.” The technique allows songwriters, he says, to “get some pretty interesting idea combinations,”

Besides David Bowie, Kurt Cobain, and the lead singer and main songwriter of Radiohead, Thom Yorke, also made use of this technique in some of their songs.

So try it out! Select a piece of text or a selection of lyrics that you may have written previously, and use this cutting up technique to stimulate new creative juices and results!

The most important key ingredient and factor is YOURSELF.

Of course, there will be times when you are stuck or having writers’ block, but don’t feel discouraged because all writers will experience that every once in a while. So think outside the box, use one of the above techniques, and who knows? These techniques may jolt your creativity and create a song that really express your ideas and inspiration.

If you have an existing song and are not sure if the flow is suitable or whether there can be a better way to express yourself in your song, why not come to Intune Music and experience our song writing programme?

At Intune Music, we have many experienced song writing instructors who are able to provide you with professional guidance and help you to refine your lyrics, be it Mandarin or English lyrics!