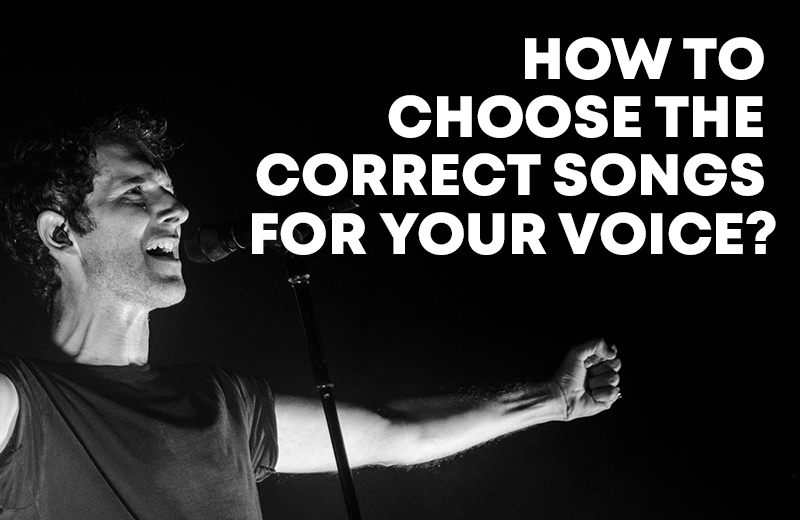 Many of our vocal students have asked us to advise them on what songs are suitable for their voice type, and what sort of songs should they choose to sing. Today, we are going to give you a tip on recognizing your voice types, and also how to choose songs that are suitable for your singing voice!

A difference in song choice can either enhance your vocal capability or further exacerbate your lack thereof. Especially for our students who are going for voice auditions, we always highlight that the songs they like to listen to on a daily basis may not be suitable for them to sing or perform.

Here are some tips on how to choose songs:

To identify your vocal type, you will have to understand yourself and your tessitura.
But first what exactly is tessitura?

It is the most aesthetically acceptable and comfortable vocal range for a given singer or, less frequently, musical instrument; the range in which a given type of voice presents its best-sounding (or characteristic) timbre.

However, it does not mean that you are unable to reach certain notes, but it’s more about being comfortable with hitting the notes without straining your vocal folds or your throat when doing so.

Basically, there are 7 general types of vocal ranges, and here are also some singers who are categorized under each vocal range: 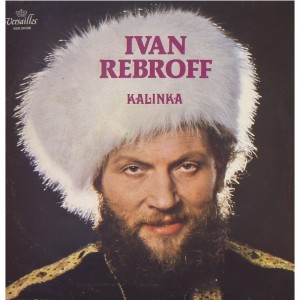 Ivan Rebroff (31 July 1931 – 27 February 2008) was a German-born vocalist, allegedly of Russian ancestry, who rose to prominence for his distinct and extensive vocal range of four and a half octaves, ranging from the soprano to bass registers 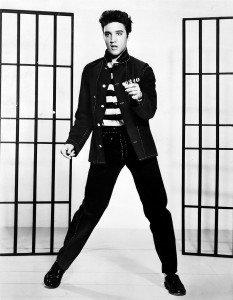 Elvis Aaron Presley  (January 8, 1935 – August 16, 1977) was an American singer and actor. Regarded as one of the most significant cultural icons of the 20th century, he is often referred to as the “King of Rock and Roll” or simply “the King“. 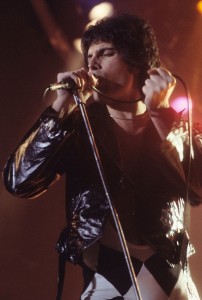 Freddie Mercury (born Farrokh Bulsara; 5 September 1946 – 24 November 1991) was a British singer-songwriter, record producer and lead vocalist of the rock band Queen. He is regarded as one of the greatest singers in the history of popular music, and was known for his flamboyant stage persona and four-octave vocal range. 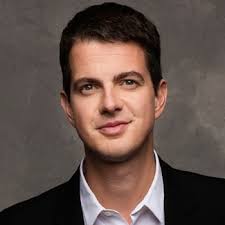 Philippe Jaroussky (born 13 February 1978) is a French countertenor. He began his musical career with the violin, winning an award at the Versailles conservatory, and then took up the piano before turning to singing. 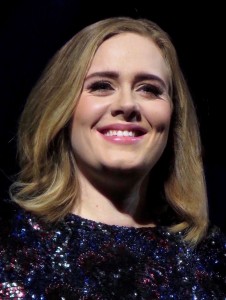 Adele Laurie Blue Adkins (MBE) (born 5 May 1988) is an English singer and songwriter. After graduating from the BRIT School in 2006, Adele signed a recording contract with XL Recordings. In 2007, she received the Brit Awards Critics’ Choice award and won the BBC Sound of 2008 poll. 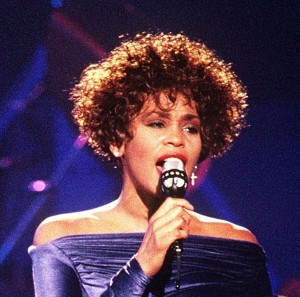 Whitney Elizabeth Houston (August 9, 1963 – February 11, 2012) was an American singer and actress. She was cited as the most awarded female artist of all time by Guinness World Records and remains one of the best-selling music artists of all time with 200 million records sold worldwide. 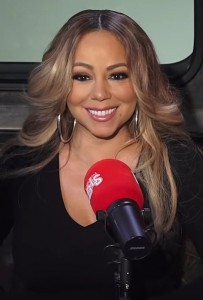 Mariah Carey (born March 27, 1969 or 1970)  is an American singer and songwriter. Referred to as the “Songbird Supreme” by the Guinness World Records, she is noted for her five-octave vocal range, power, melismaticstyle, and signature use of the whistle register.

Once you have identified your vocal range from one of the above, you will then be able to know what songs are suitable for your own vocal range, allowing you to be able to sing without straining or reaching for notes that are out of your range.

Here are some voice types for your consideration:

1) Smooth Voice With No Breaks

Some singers are able to transition from their lowest note to their highest note in their vocal range without any obvious voice break. They move easily from the chest tones or thicker low tones in their voice, to the head tones or lighter and thinner high tones in their range. Their singing voice does not crack or flip, and the tone is consistent and connected.

Some singers are not able to transition to the higher part of their vocal range without flipping or breaking into falsetto. The voice is airy and breathy at the higher range, and the singer is unable to connect these high notes to their lower and thicker vocal tones down low. Also, the singer generally does not strain very much to get the high notes, and just allows the voice to flip easily into falsetto, making them sound hollow and weaker.

There are also some singers who sing with a consistently thick vocal tone, sounding heavy and loud even when they transition to their higher notes in their vocal range. For these singers, some of them transition to high and loud notes without difficulty, sounding strong and powerful without much vocal strain. However, there are also those singers who sing with a thick and strong tone, but start sounding strained when they sing higher notes. Their voice sounds squeezed and tighter as they sing higher and ‘strain’ their way up in their range. This may not be the most desirable singing sound that singers work towards achieving.

Knowing the singing characteristics of your singing and your voice allows you to be able to identify with singers who have similar vocal characteristics, and as beginner singers, it is much easier to start off by singing the songs that those singers sing, and learning how to sing by listening to these singers and their songs.

Definitely, there are many online and mobile applications to aid you in identifying your vocal ranges. However, with that knowledge and without the proper vocal guidance and techniques, the chances that you will strain your voice (thinking that your self-taught vocal techniques are correct) is very high.

Look at what our Pop Vocal student, Bernard Koh has to say about lessons here: 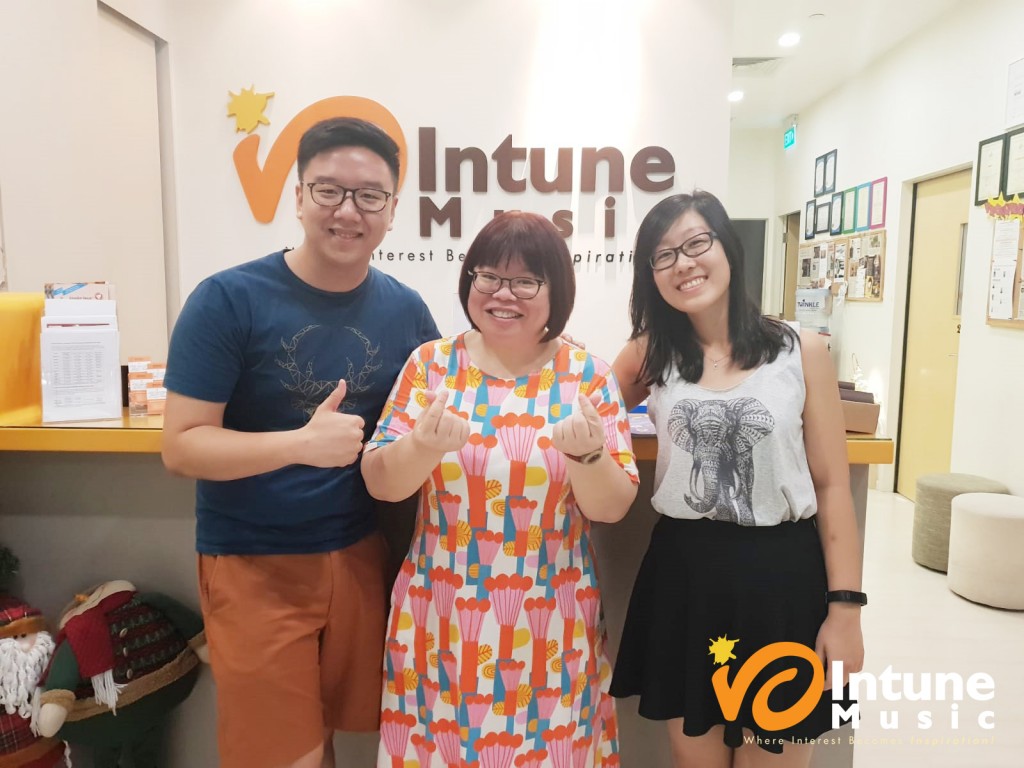 “I really enjoyed the lessons, as every session I learn something new about my voice and how to improve it with different singing techniques and warm up. The lesson plans were personalise to suit every individual (even in a group setting), and advice were given very specifically on how to tackle our weaknesses and understand our strengths. I get to understand how my voice works and what are some mistakes I made in the past when I was out singing karaoke with my friends. I enjoy singing more than before now!”

Contact us at friends@intunemusic.com.sg or 63360335 to arrange a trial lesson today!